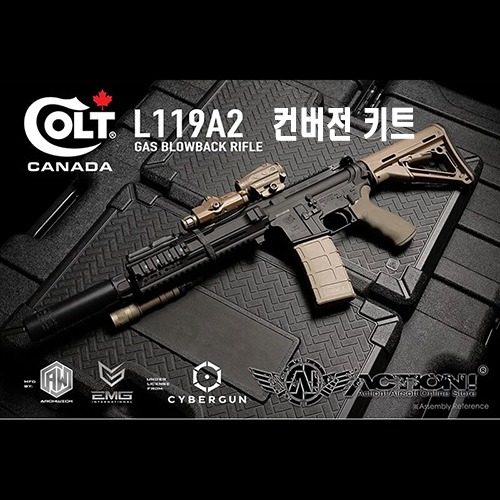 The Canadian C8 carbines were adopted by the United Kingdom in the mid 1990s as the L119A1. In 2014, the UK's Ministry of Defense upgraded their L119A1s to the L119A2 by adding 4 prong flash hiders, Ergo pistol grips, CTR stocks and ambidextrous controls. The L119A2 was most notably seen used by the masked SAS solider during the 2019 Nairobi DustiD2 Complex Attach in Kenya.

The ARCHWICK L119A2 GBB Conversion Kit is fully licensed by EMG, Cybergun & Colt Canada and a faithful replica of the UK special forces favorite rifle designed for the Tokyo Marui MWS GBBR system. This conversion kit is built in the same specification of the full gun counterpart except that this is a MWS conversion kit.

Included items are as follows: